How Christianity influenced the emergence of modern science, technology and economy

book reviews and synopses      philosophy and theology      other texts 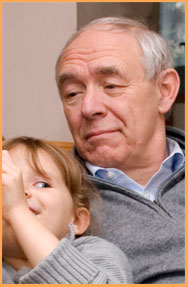 recent, recommended, news (texts are in Polish with some exceptions)

(05.2021)   Why the Church and Christianity are so important in explicating the European Miracle?

(05.2021 ENG)  The European Phenomenon and Christianity. Concept of the book and its advancement, May 2021

My book “Western civilization and Time”

Western civilization challenges death. It does so with no fanfare, but patiently, persistently, step by step. The phenomenon is the result of the process of transformation which has lasted several hundred years and transformed time into one of our critical values. Time as a value can be seen in the cult of speed, in the cult of youth and the demand to live longer and longer. There are no other priorities to increase their share in GDP just as quickly. In the world, so preoccupied with mundane matters, priorities to act ever faster and to live ever longer, transcend our everyday secular horizon.

I search for the answer to the question how the growing value of time accelerates the historical course of the West, sets the directions for the development of science, technology and economy, and at the same time becomes our compulsion (time in the sense of compulsion to act ever faster) and goal (time in the sense of our demand to live ever longer).

Christianitas and the European Phenomenon

The European Phenomenon – this term is used in the history studies to describe the civilizational flourishing of Europe, which had started in the 11th-12th centuries. Over the next few hundred years, we had surpassed other civilizations both economically, technologically and in science, even though previously they were much more developed than us. I am carrying out the project on the role of Christianity in the creation of this phenomenon. Three areas have been selected for the study:  science, technology and Western market economy. Several parts of the book (either already published or as working versions) are available here.

As of 2018, I have cooperated closely with Jacenty Siewierski. He is one of the most eminent specialists in the field of theory and history of civilization. He wrote the best Polish work on Christian roots of Western civilization.  J. Siewierski has a subpage on my website, titled   Why Europe?

Papers on Western civilization, theology, philosophy and political science, e.g.: western death taboo ● philosophy of science and theory of civilization ● historiography of science and religion ● islam and Russia vs the West ● sense of guilt in the early modern Western culture ● optymistically on the necessity of evil ● meaning of life paradoxes ● history of medieval technology (agriculture, mills, merchant ships). Finally, a choice of my works in Soviet studies from 80. Some texts in English, abstracts of all texts are in English.

Some texts on photography and film editing. How to make family videos which won’t be boring to viewers, while their editing work won’t consume all of your time. Additionally, reviews of TV sound bars and home cinema audio systems. Lastly, few papers on making panomara stitching, tests of cameras, etc. Abstracts in English

Ebook “(Un)-Real Socialism” written with my late friend. One of the few global theories accounting for the communism phenomenon. The work hotly discussed both in Poland and in the Western sovietology circles. Some chapters in English The book has been downloaded 11993 times in 2013 (plus 34 281 times individual chapters)